Queries regarding the HAM surname 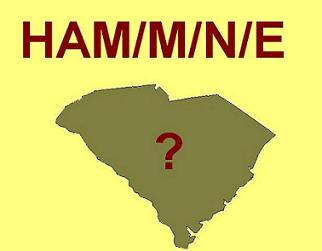 Traditionally, he was the son of William Hamm (1716-1791).  But on 18 Sept 1788, a land contract between James Ham, "the lawful heir of Jeremiah Ham deceased of Spartanburg County South Carolina" sold to William Ham (James's brother?) 200 acres in Newberry County for 10 Pounds sterling.  The contract was signed by James Ham, his seal, and "Avarilla Ham, her mark."

James's father was William? or Jeremiah?

I have ancestors by the name of Thomas Ham, b. 1819 in Charleston/Georgetown area of SC, descendants prove numerous and were married into the SWINTON and ROBERTS families. I would appreciate any information on this area and would like to be placed in the SC area. We do find evidence of Hams in VA circa 1720.

Any sort of info would be helpful. thanks! Marcia Roberts Kaylakie

Am looking for other descendants of John M. Hamm of McNairy Co., TN and his son, William Cloydious Hamm.

I am looking for any accurate information regarding:

Asa lived with Martha and their family in Red River Township, Searcy County, Arkansas until about 1875

when they moved near Yellville and it was there that Martha died of childbirth complications. After her

Too my knowledge all of this is accurate based on my research. However, I am not able to trace solid

information of Samuel Hamm's wife. Nor can I find data representing William Hamm of Hamm Germany

and his father / mother. I am not sure whether William of 1716 father was of English or German descent.