by Dave Hamm
Queries regarding the HAM surname in Tennessee 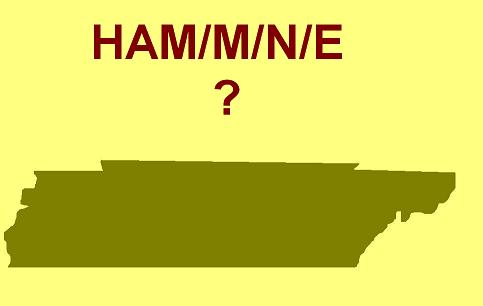 Through DNA my husband is connected to several Fryermuths. Therefore I am wondering if Barbary Ham that married William Oldfield in Guilford County, NC in 1793 is the Barbre Ham born 1778 in Moselle, France whose mother was Barbe Freyermuth.
Thanks, Karen Henry Oldfield
email:         Lold615 (at) msn.com State:  KY, TN County: FLEMING CO KY / HARDIN CO TN TimeFrame: 1800 UNTIL Looking for anyone doing research on the HAM(M) surname either in Kentucky and/or Tennessee. Submitter: CARLINE HARP DOYLE email: carline3 (at) earthlink.net State:  South Carolina, TN County=Cheraw District, SC & McNairy Co., TN TimeFrame=1800s Am looking for other descendants of John M. Hamm of McNairy Co., TN and his son, William Cloydious Hamm.

To my knowledge all of this is accurate based on my research. However, I am not able to trace solid information of Samuel Hamm's wife. Nor can I find data representing William Hamm of Hamm Germany and his father / mother. I am not sure whether William of 1716 father was of English or German descent.
Submitter:     Gary Dale Hamm
email:     garydhamm53 (at) yahoo.com